The Story of Foundation Chiropractic If you never knew Dr. Ryan Adams–Dr. Brandt Adams’ brother–and aren’t aware of how Foundation Chiropractic began, you should know the story because there’s a compelling thread of brother-love that has kept this practice going and helped it thrive, even and especially amid the hardest and most difficult times.

Foundation Chiropractic was originally started as Lovejoy Chiropractic and was founded in 2010 by Dr. Ryan Adams.  Brandt was still finishing up chiropractic school in Dallas at the time.  Ryan was busy getting things going back in Georgia with the new practice and raising his family of 7 (soon to be 8) kids.  Once Brandt finished school, he moved back to Georgia to help Ryan with the new business while he was also in the process of exploring what his own career as a health professional would look like.

In 2013 the practice moved to its current location in Hampton and was renamed Foundation Chiropractic, and the next few years saw a lot of growth. Ryan was a fantastic and well-loved chiropractor and an active Crossfit athlete, husband, and father of 8 when he was diagnosed with brain cancer in 2017.

The diagnosis of glioblastoma was devastating, but the family did everything conceivable to help Ryan heal. This included multiple trips to a holistic hospital in Mexico, surgeries, an experimental cap, endless protocols intended to eradicate the disease in his body, fasting, and nonstop prayers from tons of family and friends.

I was watching this all unfold as a brand new in-law.  Brandt and I had been married just 9 months prior to Ryan’s diagnosis.  I didn’t know Ryan extremely well but I had spent some time around him and his family since he had also been in school in Dallas when Brandt and I were dating. It was immediately obvious that Ryan was an extremely competent and driven advocate for physical health as well as a super fun and dedicated dad. It seemed like he or his wife Laura were always posting videos of them either pranking their kids, dressing up in ridiculous costumes, teaching their toddler(s) to rap, riding a squawking farm animal while trailing some kid on wheels, or something as equally entertaining.

Brandt has a million similar stories of growing up with Ryan.  While Brandt is the oldest brother (out of 5 sons and 5 daughters), Ryan paved the way in pursuing chiropractic and also started growing his family at a young age.  Despite Ryan’s antics earlier in life (again, the stories…),  Brandt looked up to his younger brother in so many ways as they came to seek common goals and priorities and shared a passion for health and chiropractic.

While Ryan was undergoing treatment during the first half of 2017, Brandt began flying out from Dallas to help cover the practice since Ryan couldn’t work.  Every week for several months, Brandt would catch a 5am Spirit flight from DFW to Atlanta and work at Foundation Chiropractic until Thursday evening, when he would fly back to DFW. I would usually pick him up from the airport around 10 or 11pm.  He would then work Friday and Saturday at The Joint in Dallas, which was a perfect arrangement because he had the flexibility to maintain that kind of schedule to help Ryan out and still keep his job in Texas for the time being.

After about 6 months of keeping this schedule, and as it became apparent that Ryan was not going to get better, we made the decision to move to Georgia so that Brandt could continue to run Foundation Chiropractic.  I had been working as a music therapist at a children’s hospital there for 6 years and loved my job and life in Texas, but it soon became very clear that this was the right move to make.  We moved back to Georgia (we both have roots here from our teenage years) in July of 2017 and started to piece together what our new life would look like, with Ryan’s ongoing decline always present and heavy in our minds and hearts.

If there was any possibility that human intervention could have helped Ryan’s body heal, the outcome would have surely been different. But even today, as we continue to process what happened, we rely on our faith that there was a bigger plan unfolding and God was at the helm through it all. Ryan passed from this life on April 21, 2018.  Anyone who attended his funeral can attest that there was no shortage of tributes to the amazing man that Ryan was.  Giving the eulogy was probably the hardest thing Brandt has ever done.

And while I was mostly on the fringe of this whole account unfolding and my role was pretty much to support Brandt while he kept things going, I was deeply impacted by it all–by the person Ryan was, by the strength and loyalty of his amazing wife and kids, by what the Crossfit community did to help, by the way this huge extended family helped carry the burden, by the role of faith–both others’ and my own–and by the love that held everything together through it all.

Foundation Chiropractic would not be what it is today without Ryan’s vision, work, creativity, and grit, along with Laura’s support.  While Brandt may do a few things differently than his brother, he is profoundly grateful for everything Ryan did as a chiropractor and business owner and considers it a great privilege to build on the Foundation that Ryan established. We won’t stop missing Ryan and look forward to seeing him again one day.  In the meantime his memory inspires us to do and offer our very best every day.

So when patients walk through the door at Foundation Chiropractic, they aren’t just walking into an impersonal clinic that is focused on getting people in and out. They walk into a place filled with heart that has been held together through the refiner’s fire by faith, hope, and the love between two brothers who both just wanted to help people feel better.

Brandt now runs Foundation Chiropractic in loving memory of his younger brother, and is grateful to see Ryan’s handprints every day he comes to work. 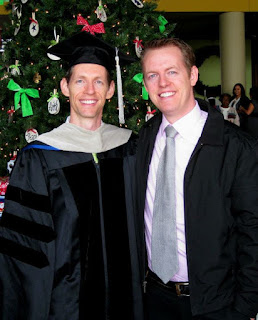 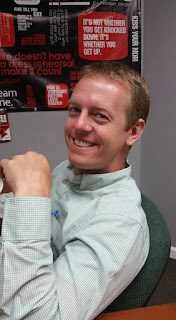 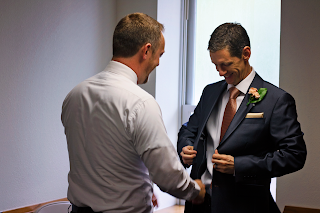 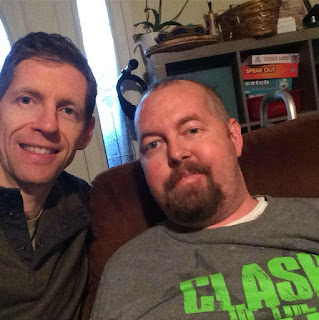