The Chiropractor Does Halloween 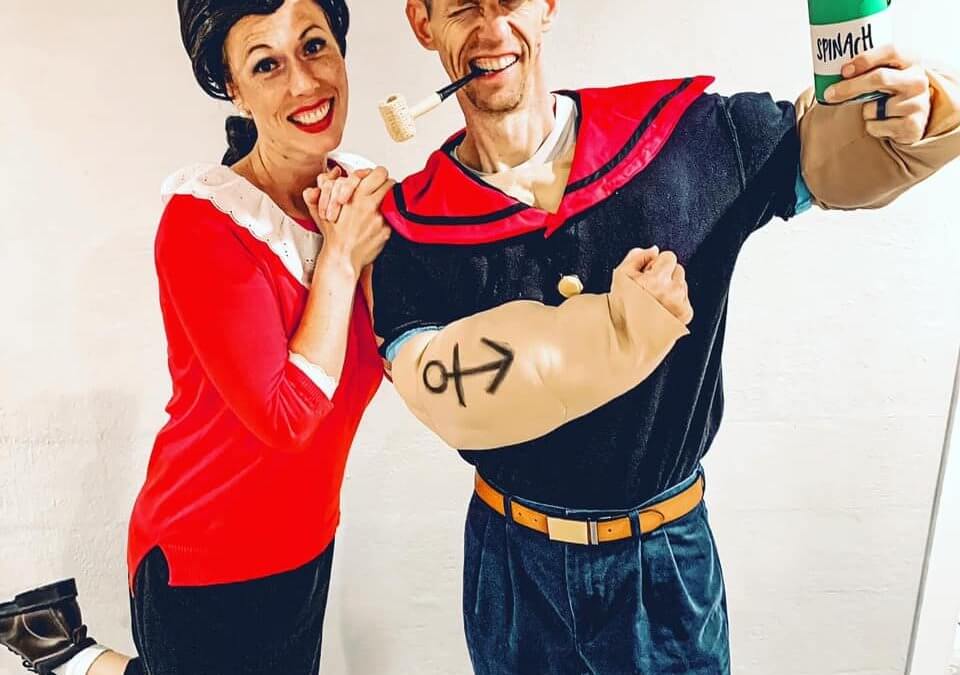 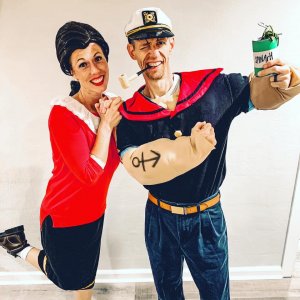 I have a bit of a split personality when it comes to Halloween. Sometimes I’m really put off by the dark side that some people get really into (I’ve never been a fan of horror movies)…but the cheesy dressing-up and costume contests–I’m all about that. It’s a weird holiday but part of me really loves it.  As a kid Halloween was always a big deal (costume parades through the school, class parties that lasted the entire afternoon, pumpkin patches and carving contests, trick-or-treating, etc) and it wasn’t unusual for my mom to spend many late nights on the sewing machine crafting our costumes. (Although SHE is the trekkie who should have been the one wearing that fifth grade costume for Beverly Crusher from The Next Generation–that was all her idea and she recently reminisced/admitted to spending $80 on the fabric alone for that costume…)

Adulthood slowed all that down of course, but when I started working at a children’s hospital, my inner child/Halloween fanatic was re-ignited. My co-workers and I would spend weeks/months planning our team costume ideas, and the day of was always a blast. If I’m brave and can find it I’ll post a pic of the year we did smurfs–complete with electric blue body paint.  (It went well until we got called to the PICU for a child emerging from sedation.  Luckily(?) he wasn’t awake yet, otherwise we may have had to defer treatment.  I’m not sure that waking up from sedation to a smurf with a ukulele at your bedside in the ICU would help, but who knows, maybe it would have been just the ticket…)

Anyway, imagine my delight when I discovered that The Chiropractor was not opposed to dressing up. For our first Halloween as a couple, we did Mary Poppins and Bert. It was a hit at our church party (our costumes really weren’t that impressive, but I think people were just more excited for us to finally be engaged…).  We followed that with the Addams Family the next year (minus the kids, uncle, and severed hand). And each year since then we’ve had fun dressing up. Granted, we’re only 5 years in but I hope this tradition lasts.  Since I’m no longer working full-time and spending Halloween in a children’s hospital dressing up with my coworkers, I’ve poured my creative energy into getting The Chiropractor to dress up with me, and he’s been a good sport. 🙂

So here for your slight amusement is our Hall of Halloween with past costumes. Enjoy! 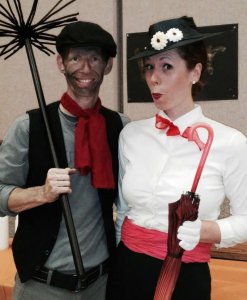 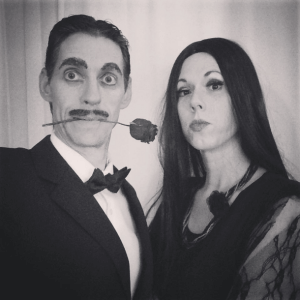 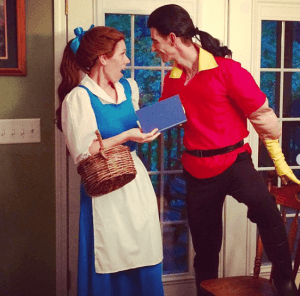 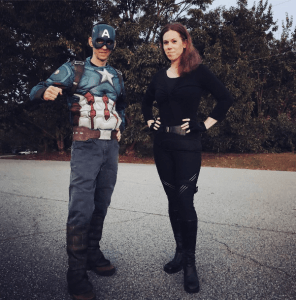 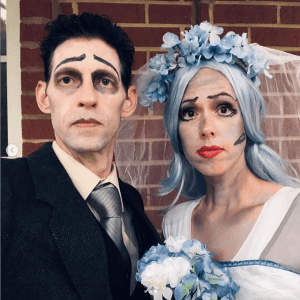 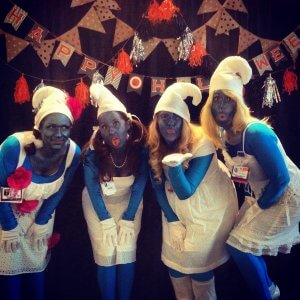 Gang of Smurfs, and the greatest coworkers